The Hardest Deal to Close in Private Equity?

The Challenge of Hiring Women in Private Equity

Despite the proven benefits of hiring women into Private Equity roles, the barriers persist. Could some simple changes to the recruitment process be the key to overcoming them?

There have been hundreds of articles written over the past decade about why hiring female talent is one of the most financially astute moves to make in the private equity industry. It’s well documented that gender-diverse teams lead to increased LP funding[1], improved management team performance[2], increased IRR[3] and superior deal performance[4]. Armed with this information, private equity firms are going out to market in their droves for female-led if not female-only hiring processes to redress the balance[5]. However, this is proving to be one of the most hotly competitive scenarios partners have faced in their careers.

The Barriers to Success

Why is this so complex? There are several factors to consider. First and foremost the processes themselves are self-selecting. With women making up only 20% of investment teams[6] it comes as no surprise that the same process which has introduced the other 80% of the workforce may be designed to hire ‘like for like’ profiles i.e. men. No matter how diverse the shortlists are, if candidates can’t pass the interview rounds, then the barrier remains. Attempts to challenge or potentially change the status quo raise questions among men, before a female new hire even joins, as to whether she can ‘hack it’.

Firms struggle to employ women for precisely the same reason they want to hire them. What is now known as the Heidi Roizen study[7] showed the disparity with which female investors are treated when displaying ‘assertive, authoritative, and dominant behaviours’ which are more intrinsically linked with male characteristics. This lives on in recruitment processes, with feedback for women rarely mirroring that of men. I’ve still never had a male candidate described as ‘direct’ with a negative connotation, yet it is an overwhelmingly common piece of feedback I have received about confident female candidates.

Yet, when women display the very characteristics that cause those financial benefits, for example, higher emotional intelligence, empathy, and self-awareness, they are often described as ‘meek’, ‘quiet’ or in one of the most memorable pieces of feedback I’ve received ‘like a glass of water, fine if you’re thirsty but there are better drinks out there.’

Firms can attempt to tackle this is with hands-on gender bias training, or by having women interview candidates, but given that only 12% of senior roles are held by female investors, this is hard to achieve.

Another factor that comes into play in an intensely competitive marketplace, is a more discerning candidate. Questions around work-life balance, inclusivity and benefits, especially maternity leave are increasingly common[8]. However, partners still struggle to get out of the mindset that candidates should feel lucky to join.

For this reason, the candidate’s motivation is called into question when they ask if they would be working similar hours to their current investment banking role. Furthermore, there is never a good answer for why there are no senior women in the current team; either you never thought about hiring them in the first place, or you couldn’t retain them when you did.

Funds, HR Professionals and the Partners themselves need to get comfortable with answering the question – Why Now? – Showing how they believe their team, including its female members, is set up for long, sustainable, and successful careers and importantly, not shying away from explaining how they plan to combat the post-maternity dropout rate.

There is, however, an answer to this. We have seen more success from running opportunistic hiring processes throughout the year, than the typical manufactured ‘Super Day’ style recruitment we see in Private Equity. Allowing candidates to have a warmer introduction, typically a coffee with a Principal or Partner initially, before embarking on time-consuming case studies.

Candidate engagement is much higher and the offer to acceptance ratio increases dramatically when prospective new hires haven’t been forced through a high-intensity two-week process. The relative increase is more pronounced for female candidates. This approach is more individualistic, and candidate-centric and allows time for each party to get to know each other. It also benefits the fund, as they’re not having to run laborious and inefficient interviews taking swathes of time away from deal-doing in busy periods around September/October.

The Role of the Search Consultancy

If you can see the benefits of opportunistic hiring and you have a tried and trusted recruitment partner with a relationship of transparency and honesty, their word should be sufficient for half an hour of your time spent over coffee with a candidate. If it isn’t, fundamentally you’re not working with the right one

Maria is a Senior Consultant specialising in the Private Equity and Alternative Investment sector. As an industry specialist, she is happy to give honest and impartial advice and provide a well-rounded view of what is possible in the market for both candidates and clients. 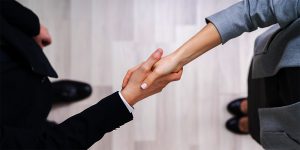 The Hardest Deal to Close in Private Equity? 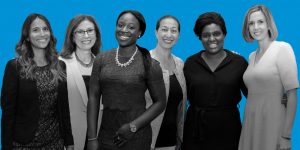 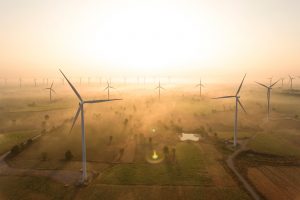